Not all those who wander are lost. You’ve probably seen that cliché on countless T-shirts and bumper stickers, mostly from people who need new credit because they couldn’t find their way to a real job after majoring in postmodern deconstructionist design theory. While some great adventures can be had – when you accidentally stumble into a raki bar in Istanbul where the local expats get you roaring drunk – it generally sucks getting lost. In response, humans have been making maps since some of the first stone tablets came onto the market thousands of years ago. The world’s first cartographer, a Greco-Roman dude named Claudius Ptolemy, created a map around the year 150 that included some 10,000 destinations, about 9,000 of which were Starbucks. It obviously wasn’t the most detailed map, but it was a start. 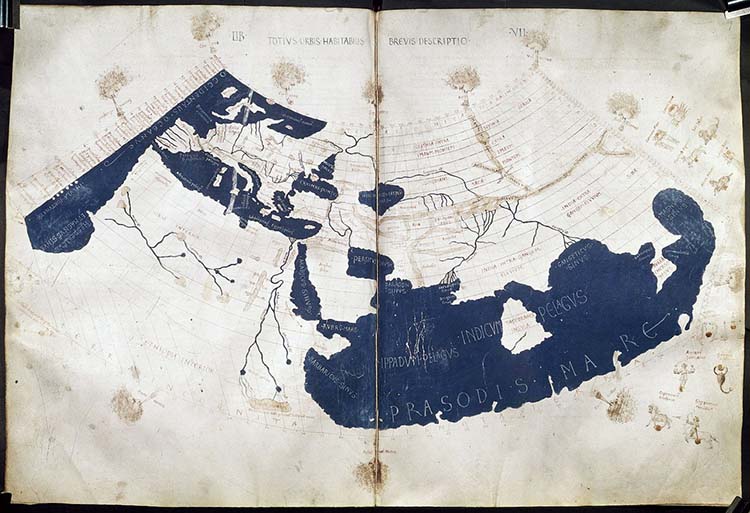 Today, most of us long ago ditched our Mapsco thanks to the supercomputers we carry in our back pockets and the GPS satellites that orbit the planet. Soon we may not even need smartphones for navigation when autonomous vehicles start hitting the road. These near-future contraptions will be capable of getting us from Point A and Point B, with the average person being little more than a backseat driver. The technology required to make this happen is staggering. It involves everything from creating sophisticated artificial intelligence algorithms to collecting loads of data to developing special laser-based sensors called LiDAR that help these semi-intelligent vehicles from running over semi-intelligent human beings. However, even machines still need a good map if they hope to navigate the mean streets of the city.

What is HD Mapping for Autonomous Vehicles?

High-definition mapping for autonomous vehicles is one of the key technologies emerging within the self-driving industry. HD maps are extremely high resolution maps with centimeter-level accuracy, meaning that any detail on the map should be within a thumb’s width of its actual physical location. Consider that most GPS hardware in smartphones is accurate to within a few meters, which is why Google Maps occasionally thinks you’re actually on a service road as opposed to the highway when roadways converge closely. Why do HD maps need to be so precise? Well, those couple of inches could be the difference between the wheel being on the pavement on a narrow road or careening into a swamp where the locals play ominous banjo music. 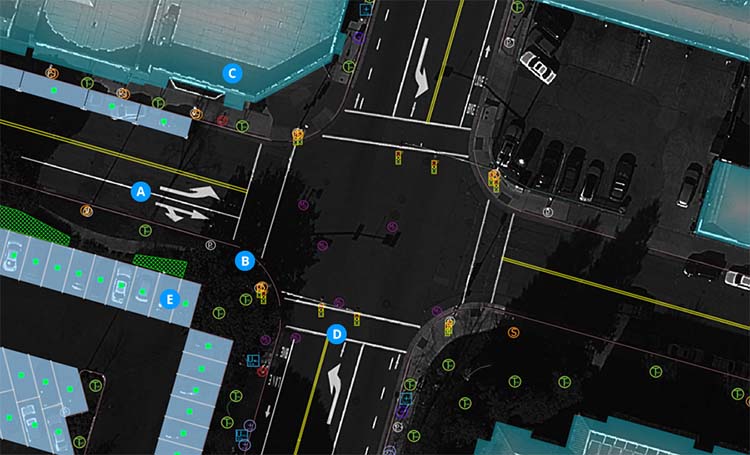 These maps operate with the vehicle’s other navigational aids like GPS for real-time localization, and perception and decision-making by the AI behind the wheel. While there is not one blueprint for HD mapping, most systems require hardware (GPS, LiDAR, cameras, etc) and software to build the maps, which can be costly and labor intensive. Take the case of Chinese tech giant Baidu, which invests heavily in AI and autonomous tech in general. In one example, teams driving vehicles with GPS and LiDAR instruments spent more than five days mapping a 12-mile radius around one Beijing park to create centimeter-accurate HD maps. You can find a deeper dive on how HD mapping works from Geospatial World.

Google (through Alphabet subsidiary Waymo) and other tech companies, including Nvidia and Ford Motor Company through startup Argo AI, are also racing to be the Google Maps of HD mapping for autonomous vehicles – a battle Bloomberg profiled earlier this year. Below we introduce some of the startups helping to accelerate self-driving solutions by creating HD maps.

Updating Maps on the Go

Founded in 2010 and operating out of the nation’s capital, Mapbox has amassed an impressive war chest of $227.2 million and counts SoftBank as an equally impressive ally after a $164 million Series C last year led by SoftBank’s $93 billion Vision Fund. Mapbox has mapped out a nice niche in location and mapping services, as an alternative to Google Maps and large European competitors like TomTom and HERE Technologies. Mapbox’s location mapping tech powers apps for customers including Mastercard, Snapchat, AirBnB, Pinterest and Tinder, among many others. 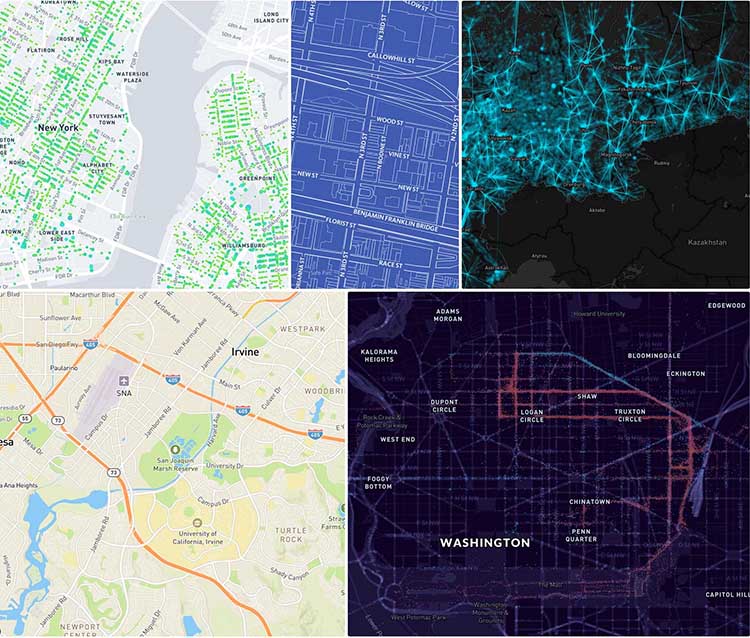 It’s all about location for Mapbox. It leverages an open-source map that it constantly updates and improves by pulling location data from car sensors, mobile devices and whatever else may be running its apps, according to TechCrunch. It’s sort of like crowdsourcing meets mapmaking. One key partner is Mobileye, an Israeli firm now owned by Intel that uses computer vision to develop collision-avoidance systems for vehicles.

Mapping a Road into China

Founded in 2016, DeepMap out of Silicon Valley has raised $92 million, with an “oversubscribed” $60 million Series B last month that featured some all-star companies and VC firms, including Nvidia, Bosch Group, Accel and Andreessen Horowitz, among others. Investors from China included GSR Ventures and SAIC Motor, a state-owned automaker in China, according to The Information, which gives the startup an envious inroad into the world’s second largest economy. The founders apparently know what they’re doing, having worked on projects like Google Earth, Google Maps and Apple Maps (well, two out of three isn’t bad). 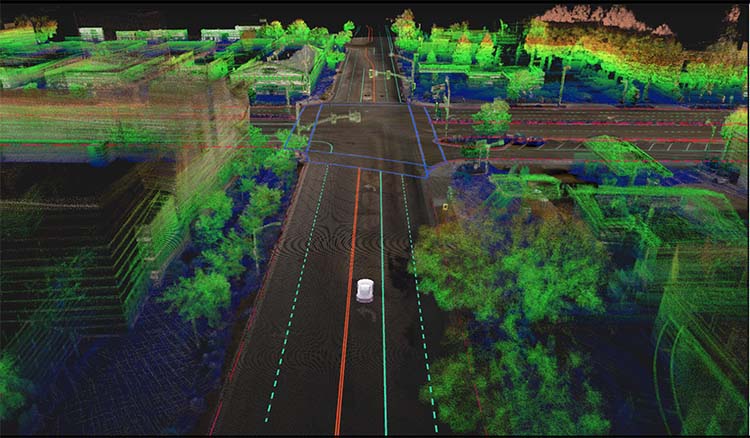 DeepMap reportedly offers a range of services focused on creating HD mapping for autonomous vehicles, including the hardware for collecting road data and software that converts the data into HD maps.

Founded in 2015, Carmera hails from hipster Brooklyn and has picked up $27.1 million in investments, with a $20 million Series B in August bankrolled by Google. Carmera takes a different route to HD mapping for autonomous vehicles on what it calls a street intelligence platform. The startup leverages its fleet management technology (a separate product) that includes cameras and telematics, which are designed to monitor a client’s assets and drivers, to autonomously update HD maps for self-driving vehicles. Carmera refers to its network of roving cameras as probes. 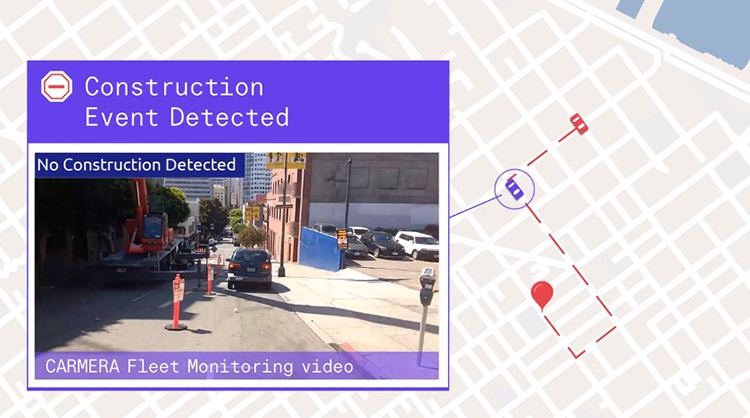 For example, in the illustration above, a delivery van (purple vehicle) equipped with Carmera’s video hardware detects construction on a major thoroughfare. That information is processed and used to update the maps used by an autonomous vehicle (red car), which could respond with changing the route or proceeding along the original route, depending on which arrival time is best.

Founded in 2015, San Francisco-based Mapper has raised at least $10.5 millionin funding (Crunchbase is missing an $8 million Seed round last year led by Lightspeed Venture Partners and Trinity Ventures). The startup launched its on-demand maps product just last month. Its approach is simple and economical: It enlists drivers – mostly from ride-hailing services such as Uber and Lyft – to capture mapping data using off-the-shelf sensors from China, according to MIT Technology Review. Mapper’s own software then goes to work to convert all of that raw data from LiDAR and cameras into an HD map that is accurate to within a couple of inches. It claims it can turnaround any request within 24 hours, anywhere in the world.

Mapper has already developed its first machine-readable map covering the entire city of San Francisco, representing about 1,200 miles of drivable roads that no one can afford to live near.

Founded in 2015, Civil Maps has raised $9.2 million from nearly 20 investors, with Ford Motor Company topping the list. It is another San Francisco startup trying to reinvent mapping for autonomous vehicles, developing what it calls the “world’s first, edge-based HD mapping and localization platform for self-driving cars.” In this case, “edge” refers to the fact that much of the data collected by the autonomous vehicle is processed locally (by the car itself) rather than sent to the cloud for analysis – an example of edge computing. 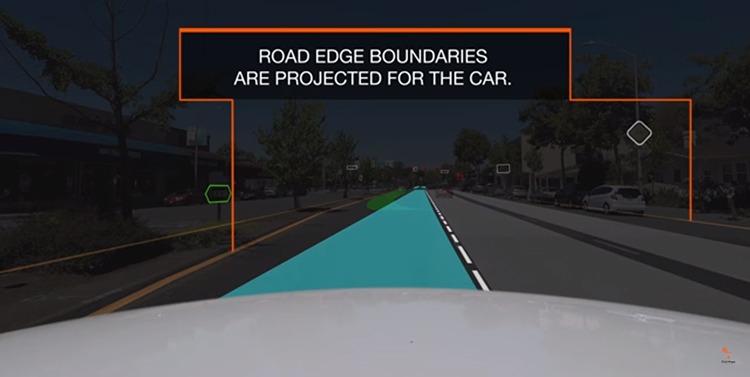 A look at how autonomous vehicles that use Civil Maps view the world. Credit: Civil Maps

The idea is that Civil Maps is able to transform raw mapping data into lightweight “fingerprints” that an autonomous vehicle can use to locate itself within a map, eliminating the need for big-ticket items like processing hardware and data centers. In a sense, the mapping data has been compressed. For example, a conventional base map of San Francisco requires as much as 4 TB of in-car storage, while Civil Maps’ Fingerprint Base Map of the same area comprises only 400 MB, which means more room for uploading selfies.

Ptolemy originally created his primitive map of the world for astrological purposes. We predict that in the not-too-distant future, the self-driving industry will open new opportunities, with mapping for autonomous vehicles just one possible road to riches for the right company and the smart investor. This is certainly one sector with a proven (and lucrative) record for acquisitions, with a company like Google no doubt willing to spend big to maintain its edge at every corner of the map.

Worried that AI might steal your job? You should be. Experts say that somewhere around 80% of all jobs will be affected by AI. If you can't beat them, join them. Why not get a Certification in Machine Learning from one of the leading training firms in the world and go to work making sure everyone else's job goes away. Click here to get the ball rolling.