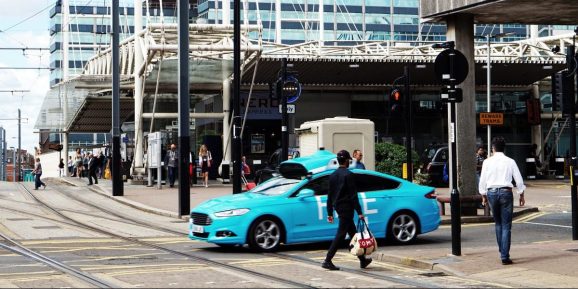 Five has raised $41 million in venture capital as the startup seeks to turn the self-driving research it has conducted into commercial products and services.

The U.K.-based startup has created a technology stack to power autonomous vehicles. The company uses AI and machine learning that would let cars use simpler maps to navigate their surroundings. By reducing the complexity of the technological challenges, the company hopes to accelerate the deployment of autonomous vehicles.

“This funding round is validation of the work we are doing and the role our technology is set to contribute to developing and assuring self-driving,” said Stan Boland, Five’s CEO, in a statement. “We’re excited to be able to accelerate development and engagements with partners.”

Founded in 2016, the company has been heavily focused on the research end of self-driving vehicles. Its cofounders have backgrounds in developing algorithms and processors. And the company says 40% of its staff have Ph.D.s in fields such as engineering, math, and computer science.

As part of that work, the company is leading a coalition called StreetWise, which is conducting extensive self-driving testing in the U.K. In 2019, StreetWise conducted hundreds of test rides using a predefined 19km stretch of public road in London.

The company is trying to better understand how the entire self-driving system can integrate existing components as well as new ones developed by Five. It is also puzzling out questions such how to define safety metrics and the tech needed to measure them. In addition to creating the autonomous system for the car, Five has built a cloud-based platform for managing some of the challenges that couldn’t be addressed within the car.

The latest round of funding will be used to turn these cloud and in-car systems into products, according to Five. The intention is to then partner with car manufacturers to build these platforms into vehicles.