Toyota's self-driving car mapping system could be a game changer

With commercial satellite technology, Toyota showed it can create HD maps more quickly and do it in a cost-effective manner. 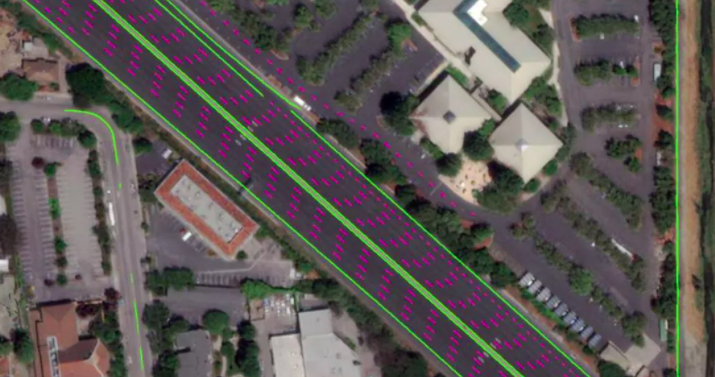 Before anyone believes self-driving cars will be able to storm streets around the world, automakers and companies with interests in automated vehicles need to complete a major task: mapping the world's infrastructure of roads.

Until then, it's why we see companies like Waymo and Cruise Automation only carry out tests within certain areas with geo-fenced portions of a city. These roads are what the self-driving car knows exclusively, thanks to HD mapping. But Toyota may be on the verge of a breakthrough when it comes to the daunting task.

The automaker said on Tuesday its automated driving software development company, TRI-AD, successfully complete proof-of-concepts after creating HD maps from commercial satellites. That's a lot to digest, so let's break it down.

Today, automakers and companies map roads physically with costly cameras and software attached to vehicles. Then, the data's cleaned up and fed to self-driving car software so it knows the roads well enough. Controlling a satellite to map roads is, obviously, a simpler process. 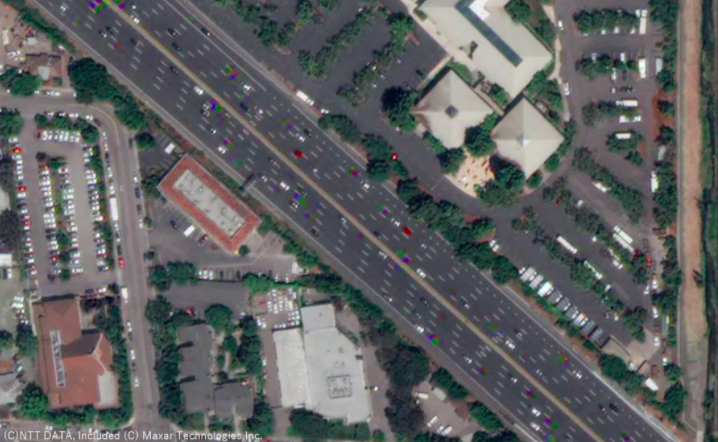 This is the original photo before extracting the map data.

Toyota and its partner Maxar showed a satellite can take high-resolution photos that include vehicles on the road, shadows and other objects and still create useable HD maps. Experts consider a relative accuracy of about 20 inches on maps as the standard for autonomous car maps; the satellites created maps with an accuracy of about 10 inches.

Engineers extracted all the map information from the satellite photos and removed the vehicles, shadows or other objects, which left the core data for self-driving cars to use. This could be a game changer. Imagine if an area constructs a new highway or shifts lanes. That'd mean companies would need to remap an area to keep an autonomous car in the loop, but a satellite could quickly snap some photos for a robotaxi and be good to go.

The automaker also continues work with another partner, Carmera, to study the usefulness of simple dashcam recordings to map roads at the street level. While this isn't as accurate as the satellite, Toyota said the relative accuracy reached about 16 inches and represents a major step forward in the simple technology. Again, the cost effectiveness of this solution is something Toyota plans to chase in the years to come, and Carmera's software can update maps in a matter of minutes after the camera captures real-time data.

It's quite possible both of these solutions play a part in the autonomous future, but we're still a long way from major commercial applications. Studies will continue at Toyota and numerous other companies around the world.