Summary】In the race to develop autonomous driving technology, it might be more beneficial if companies collaborate, instead of trying to compete with one another developing overlapping technology, according to Amnon Shashua, CEO of Mobileye, the computer vision company purchased by chipmaker Intel for $15.3 billion in 2017. 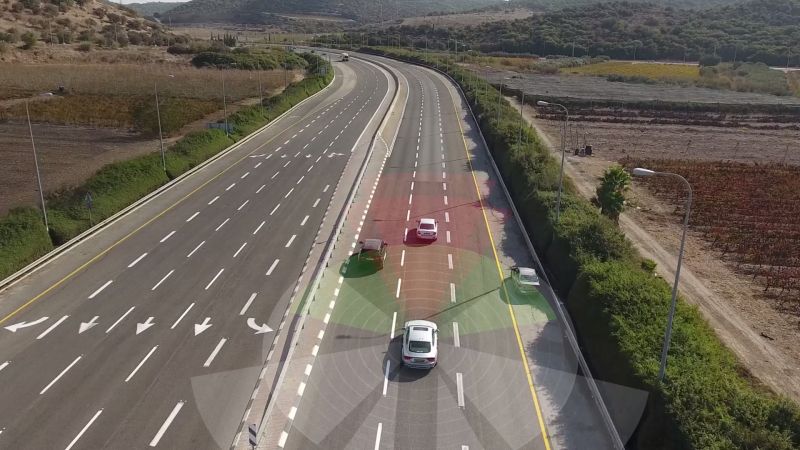 In the race to develop autonomous driving technology, it might be more beneficial if companies collaborate, instead of trying to compete with one another developing overlapping technology, according to Amnon Shashua, CEO of Mobileye. The computer vision company was purchased by Intel for $15.3 billion in 2017 in order for the chipmaker to gain a foothold in the automotive industry.

Shashua believes that the autonomous car industry will need to consolidate because it's too difficult for separate companies to cooperate in developing self-driving vehicles, with each competing to develop their own proprietary technology, Reuters reports.

Mobileye develops advanced perception systems that act as an extra set of eyes on the road assisting the driver by looking out for nearby vehicles, other road users and unexpected hazards. The system is designed to prevent accidents and supports such features as automatic emergency braking (AEB).

Mobileye's EyeQ system on chip (SoC) line of processors provides the robust power to support a comprehensive suite of advanced driver assist systems (ADAS) based on a single camera sensor.

The next generation of Mobileye's EyeQ SoC's will further support semi and fully autonomous driving, with enough bandwidth and throughput to process the full set of vehicle sensors, including surround cameras, radars and LiDAR. The process is known as "sensor fusion" and requires powerful hardware and software.

The company is working on highly interdependent hardware, software and algorithmic stacks. This interdependence is key to producing high-performance and low power consumption products, the company says. Mobileye develops its hardware and software in-house, resulting in shorter development cycles.

However, in the current environment, this level of interdependence is often lacking, as companies develop driverless technology independent of each other.

In Silicon Valley for example, dozens of startups are vying for venture capital and trying to outdo each other by developing advanced technologies for self-driving cars, including lidar, AI-powered perceptions systems, and advanced computer vision systems, as well as processor-based hardware. Some of these companies are planning to sell or license their technology to automakers for production vehicles.

The CEO of Mobileye said the strategy of having individual companies each focusing on one component, like, cameras, sensors or HD maps, is not sustainable because it's an "end-to-end system" that cannot be broken down.

In addition to cameras, future autonomous vehicles will rely on AI, machine learning and sensor fusion to navigate. For a vehicle capable of autonomous driving, all of these systems need to be integrated.

Shashua had said in the past that in order for autonomous vehicles to make the best driving decisions, they will need to process data from a combination of cameras, high-definition maps, radar and lidar. Right now many of these technologies are being developed separately.

"It's a formidable task, and there are going to be very very few actors who can go from silicon (chips) to self-driving systems," Shashua said during an online conference by the Israel government-backed EcoMotion.

Chipmaker Intel purchased Mobileye in 2017 for its advances in vision systems for future self-driving cars and today's vehicles with ADAS features, such as automatic braking and lane keep assist.

The $15 billion price tag Intel paid for Mobileye shows just how much companies expect the technology to be worth in the future.

In May 2018, Mobileye announced it signed a contract to supply 8 million vehicles in Europe with its computer vision-based, self-driving technology. At the time, Mobileye said there were some 27 million cars on the road from 25 automakers that use some sort of driver assistance system. Mobileye said it had a market share of more than 70%.

Chipmaker Nvidia is another big player in the field of autonomous driving, supplying its NVIDIA DRIVE hardware and software to many startups and automakers working on self-driving cars. Nvidia's hardware provides the processing power to handle advanced AI-powered perception systems fully-autonomous driving.

Nvidia is working with 370 of the world's most forward-looking automakers, including Audi, BMW and Mercedes Benz, as well as a large number of tier-1 suppliers, developers, and researchers.

According to the Society of Automotive Engineers (SAE), Level 3 autonomy is defined as a system that can safely control all aspects of driving in an environment that's been mapped in order for a self-driving car to navigate. 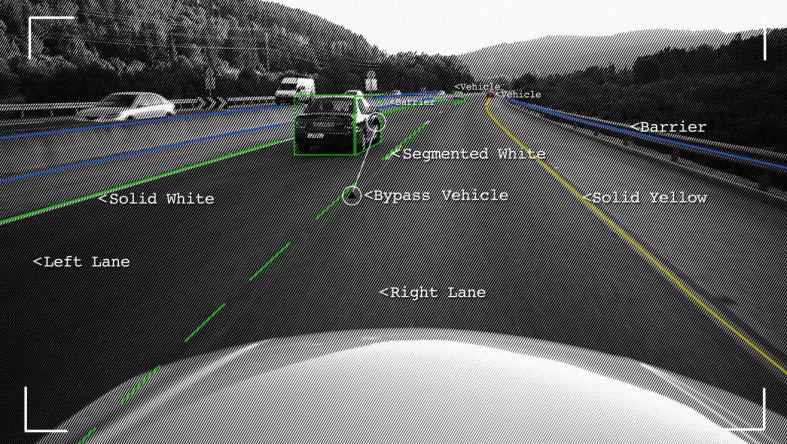 Mobileye's perception technology acts as a second set of eyes for a human-operated or autonomous vehicle.

In addition to the purchase of Mobileye, Intel has made additional investments to supplement self-driving technology. Earlier this month, Intel bought Israeli public transit app maker Moovit for about $900 million to help it develop self-driving "robotaxis" that could be deployed as early as 2022.

The countries expected to first get self-driving robotaxis include Israel, South Korea, France and China. Test fleets with safety drivers inside the vehicle will begin to deploy later this year, Shashua said. He believes commercial autonomous cars will be available in 2025.

In the U.S., Alphabet subsidiary Waymo is also working on a robotaxi service called Waymo One, that allows riders to hail an autonomous vehicle with a smartphone app. Waymo recently raised $3 billion in its first ever outside funding round after being funded by Google for over a decade.

The billions of dollars of investments in self-driving technology shows just how valuable the technology is expected to become.

If Shashua's prediction is correct, we might see more collaboration in order for the industry to develop autonomous driving technologies offering the highest possible level of safety, including the startup working on the technology in Silicon Valley.

The big players, including Intel, Nvidia and Waymo, are already emerging as leaders, developing the advanced hardware and software that's required for autonomous vehicles.

Originally hailing from New Jersey, Eric is a automotive & technology reporter covering the high-tech industry here in Silicon Valley. He has over 15 years of automotive exp...