ACEINNA's latest IMU claims a reliability of 1.3°/hr, aiming for the daunting world of autonomous vehicle positioning where sensor drift can threaten safety.

IMUs, as their name suggests, are useful for measuring the inertia of the system or device in which they're fixed. They are increasingly finding use in applications across a wide variety of industries, including agriculture, drones and aerospace, autonomous vehicles, robotics, and AR/VR—all of which rely on accurate positioning data to function properly.

After all, without reliable sensor data, how can a system navigate an autonomous vehicle or the motion planning of a robotic arm—or ensure that a person immersed in VR doesn't trip over their couch?

One of the largest challenges facing these applications, one that ACEINNA and other sensor manufacturers are trying to address, is known as drift.

What Is Drift in Positioning Systems?

Drift occurs when a sensor loses fidelity, oftentimes simply due to age but sometimes due to interruptions such as vibrations or extreme temperatures.

Drift can affect all sensor types, from temperature sensors to pressure sensors. Preventative corrections and calibrations are commonly used to combat this issue, as well as various drift-detection features built into many systems.

A graph of drift in a temperature sensor and the user-defined threshold at which a drift detection alert may occur. Image used courtesy of Moore Industries.

ACEINNA's approach focuses on the use of multiple internal sensors and a form of sensor fusion to achieve high reliability.

ACEINNA actively touts its new IMU383ZA IMU sensor as "highly reliable"—an absolute imperative for them as they position the sensor as useful for automotive applications. Unerringly accurate positioning is an absolute prerequisite for both today’s ADAS and for the truly autonomous vehicles that are forecasted for the midterm future.

But what does "highly reliable" mean in terms of specs? In this case, ACEINNA touts that the new IMU has a notable reliability of 1.3°/hr, 0.08°/root-hr. 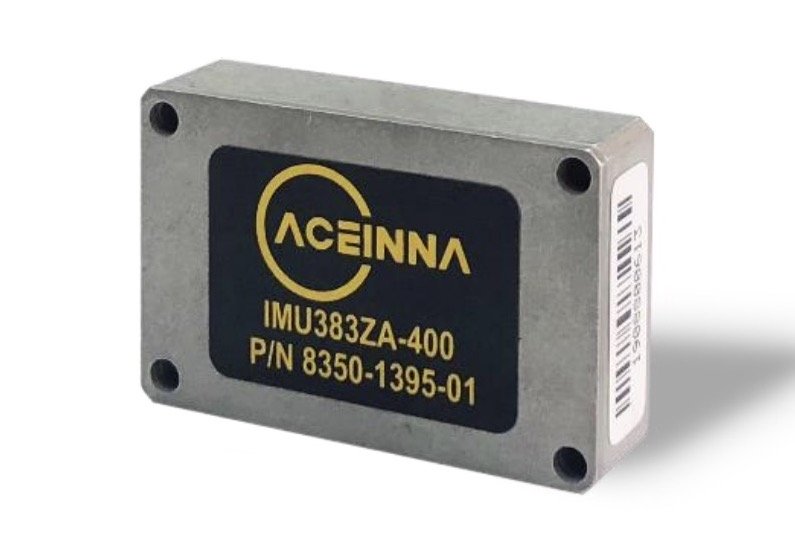 Other pertinent specs for the IMU383ZA include:

The device upgrades the extent IMU381ZA model by offering what they describe as "advanced" synchronization and a bootloader that allows for field upgrades.

Most notably, however, the device accomplishes its reliability with a "triple-redundant sensor architecture" that utilizes an array of three sensors (3-axis accelerometer and 3-axis gyros) which operate independently from one other.

How does the incorporation of more sensors equate to more reliable data? The answer is a process known as sensor fusion.

ACEINNA's new device relies on an array of sensors to provide a dataset. From here, it utilizes a "voting scheme" wherein the device can determine whether outlier datapoints are accurate or errant. By comparing multiple readings, errant datasets can be identified and either "ignored or de-rated in importance" so they don't affect the overall accuracy of the device.

This is an example of sensor fusion.

As AAC's Jeremy Lee described in an article describing the basics of sensor fusion, “Sensor fusion is the art of combining multiple physical sensors to produce accurate ‘ground truth’, even though each sensor might be unreliable on its own.”

An example of an IMU's sensor fusion system. This is the overview of the IMUcore from LP-RESEARCH.

The analogy is the crime scene, where each witness has something different to say, and the wise police detective weaves the somewhat contradictory observations of the witnesses into an accurate picture of events.

Gyroscopes and inertial measurement units (IMU) are classic examples of sensors that can be paired together via sensor fusion to form a more reliable picture of a device's environment.

Where gyros have a tendency to drift, IMUs can be relied on to sense where “down” is in relation to the Earth’s gravity. The down reference can be used to zero out the gyro’s spatial position. IMU position data, in turn, can suffer from accumulated error. GPS data can be used to straighten out the IMU. Each sensor can provide supplementary information to ensure the veracity of the others.

Kalman filters are used by sensor fusion devices to attach values to each sensor inputs on an ad hoc basis. For example, GPS might be sketchy if the bearer of a cell phone enters an underground tunnel or subway. Sensor fusion allows the device to note that GPS is out of whack when compared to a plurality of other sensors. Once the device leaves the tunnel, the GPS data can be relied on as normal. The analogy here might be that the sensor fusion system functions as a baseball manager who sidelines a player (in this case the GPS data) during a slump.

While multiple types of sensors are often used in sensor fusion, the same principles apply inside a single device such as the IMU383ZA wherein multiple data sets are combined and compared to provide more accurate environmental information.

Have you developed position-tracking systems before? What are the specifications you prioritize when selecting an IMU? How does sensor fusion play a role in your design process? Share your experiences in the comments below.