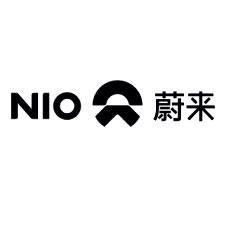 NIO’s mission is to shape a joyful lifestyle by offering smart, premium electric vehicles and providing the best user experience. NIO was founded in November 2014 as a global company. With world-class research and development, design and manufacturing centers in Shanghai, Beijing, San Jose, Munich, London and nine other locations, NIO now has more than 6,000 employees from nearly 40 countries. By the end of 2018, NIO will have user service centers in 24 different cities and the capability to serve users in over 300 cities across China. The NIO Formula E Team secured the inaugural Drivers’ Championship title in 2015. In 2016, NIO unveiled the fastest electric car in the world, the EP9. The EP9 set the lap record for an electric vehicle at the Nürburgring Nordschleife and three other world-renowned tracks. In 2017, NIO unveiled its vision car EVE and announced the NIO EP9 set a new world speed record for an autonomous vehicle at the Circuit of the Americas. NIO officially began deliveries of the ES8, a seven-seat high performance electric SUV, on June 28, 2018.