TomTom Launches ‘RoadCheck', Which Allows Automaker's to Decide Which Roads are Safer for Automated Driving 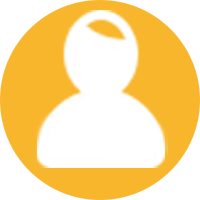 RoadCheck launched today and it's an industry first.

RoadCheck is an ideal product for vehicles capable of level 2 automated driving. However not all vehicle's offer these driver assist features at the moment.

For example, if a driver is traveling on a section of road that is not mapped for GM's SuperCruise, the system is deactivated. However TomTom's Road check gives vehicle manufacturers more control of where driver's can activate these types of automated driving features.

One of the biggest challenges for automakers that rely on GPS and mapping services for their vehicles is defining the exhaustive list of conditions under which their automated vehicle can safely operate.  For companies like TomTom developing high-definition maps for navigation and automated driving, this is referred to as the operational design domain (ODD).

TomTom's RoadCheck is designed to overcome the challenge of managing the ODD which could be quite a daunting task. RoadCheck can increase road safety for all road users.

For example, a twisty mountain road or highway overpass may not be the safest place to use an automated driving feature. With TomTom's RoadCheck, an automaker can decide whether they want drivers using advanced driver assist systems (ADAS) in their vehicles, and exempt sections of roads that are deemed less than ideal.

Automaker's can also use RoadCheck to deactivate automated driving functions in construction zones, tunnels or during inclement weather, such as when its snowing.

RoadCheck enables carmakers to use TomTom's high definition (HD) map data to define the operational design domain (ODD) of their vehicles' automated driving functions. This makes it possible for carmakers to decide where these functions can be used safely.

"By enabling carmakers to control where automated driving functions can be activated, TomTom is addressing a critical industry challenge that has been highlighted by our partners and customers. TomTom RoadCheck – an industry first technology – will make safe autonomous driving a reality sooner," said Willem Strijbosch, Head of Autonomous Driving at TomTom.

"With the addition of TomTom RoadCheck, we have become the first to offer carmakers a complete mapping service for safe automated driving," Strijbosch added.

Additionally, RoadCheck allows automakers to combine TomTom's map data with data coming from test drives or vehicles on the road. This gives autonomous driving engineers unique map insights for the ODD, such as how the vehicle navigates a particular stretch of road, which ultimately can make vehicles safer.

TomTom also allows for unique vehicle hardware and driver preferences per model. For example, a sports car might better handle certain roads than a 4X4 pickup truck. Automakers can use RoadCheck to build specific AD functions tailored to each vehicle in their lineup, giving them full control and flexibility.

RoadCheck is pre-integrated with the TomTom HD Map and the company's over-the-air map delivery system, so it can easily be added to a vehicle.

TomTom said RoadCheck will be deployed in a production model by a leading global carmaker in 2021, starting in the United States. The company did not disclose which automaker it is.